OUR BEST RACE, THE SMILE OF A CHILD

As we shared in December, the Hotel Don Pancho sponsors the “Asociación Ultrafondo Solidario” in order to carry out the great challenge that is the “Marathon Des Sables (MDS2017)”, in which three athletes from Alicante will face the hardest race of ultra-resistance and self-reliance from next April 6th. Their goal is to raise funds to help children and families with ADHD, Asperger’s Syndrome and Autism.

With the suitcases already prepared to leave for the Sahara desert, the three participating athletes, Antonio García (president of the “ADHD Association – Antonio García”), Miguel Ángel Cayuela (president of the “Asociación Ultrafondo Solidario”), and Francisco Javier López (known by everyone as “Mimi”) presented the 32nd edition of this challenge in the Salón Velázquez of our Hotel Don Pancho and explained all the details about this exciting and caring adventure. This team is the only one participating from the Valencia Region and the only one in Spain with a social commitment.

The introduction was held by the CEO of the Don Pancho Group, Francisco J. Quiles, who insisted on the importance of the event, highlighting the permanent commitment of this hotel to sports, to the city of Benidorm, Tourism and solidarity. Then the protagonists of the event took the floor.

Firstly, Francisco Javier Lopez explained that the “Marathon des Sables” is one of the most demanding competitions in the world, where runners have to live for a week in an inhospitable environment and run 250 km carrying their own provisions and a backpack containing food, a sleeping bag, household goods and other materials, facing their own fears and insecurities. We could watch a video of the previous year’s edition, which undoubtedly left all the attendees overwhelmed by the harshness of this race. “A real adventure for elite runners where the important thing is not their legs, but the will to move on, especially for the goal that is pursued,” said Mimi.

For his part, Miguel Ángel Cayuela spoke about the solidarity challenges carried out by his association, as they raise funds by running for children’s causes, and about the enthusiasm and dedication he has devoted to this new challenge, which is undoubtedly one of the most difficult to face.

The presentation ended with the intervention of Antonio García, who drived from San Vicente del Raspeig to present his association, which seeks to raise awareness among people about disorders such as ADHD, Asperger’s Syndrome and Autism, and how these initiatives are tremendously useful for the children and their families.

The event was attended by the Benidorm’s Acting Mayor and Councilor for Culture and Sports Ms. Ana Pellicer, the General Director of Tourism of the Valencian Government Ms. Raquel Huete and the Councilor for Sports of San Vicente del Raspeig José Luis Lorenzo, among other personalities.

At the Hotel Don Pancho we feel fully identified with this purpose and of course we will inform you about the evolution of the race. Good luck to the whole team, we are with you! 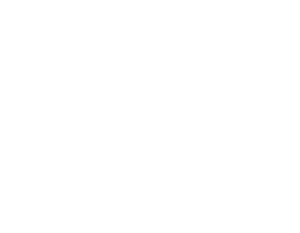