When we think of  Valentine, apart from thinking about love, about our partner, if we have one, what to give and where we will go to dinner, almost everyone comes to his mind that this Valentine’s Day has been an invention of a shopping mall. However nothing is further from the reality …

Cupid and his arrows, the origin
Cupid is the God of Love in polytheistic Roman mythology.

It represents the less controllable part of the attraction and that is why it was represented through a childish image and a little thug with the theme of the arrows. It symbolizes unrestrainable love and passion.

At the same time the Romans had the festival of Lupercalia, which was celebrated on February 15, a festival where rampant carnal relations were the protagonist of the celebration.

So that with the time was related to Cupid with the Festival of the Lupercalia since they represented the same concept.

How did Cupid and Valentines end up?
Valentine appears to be a saint of the church who was martyred and finally murdered for marrying young couples when the Roman Empire specifically forbade that practice.

Marriages were forbidden since amorous unions were considered to be harmful to the military, since the military without family ties were more effective in the great battles.

The date of the Saint Valentine’s murder was February 14.

Given that on February 14 was celebrated on Valentine’s Day and on the 15th, the festival of Lupercalia already associated with the symbology of Cupid, over time were related both celebrations and from there to today.

The association of the celebration of Valentine with the symbolism of Cupid has allowed that the figure of this Roman god has persisted while the rest of gods were being forgotten.

In addition, the Catholic Church in its effort to make any pagan festival disappear, ended up banning the festival of the Lupercalia and decided instead to fight against the enemy, to join him.

That is why they took the symbolism of Cupid for the visual image of the holiday of Valentine, although endowing him with certain angelic characteristics that made him closer to the visual canons of the church. For all this, today, Valentine is totally related to the image of Cupid.

In 1840, Esther A. Howland, decided to sell congratulations on February 14th with the message “Happy Valentines”. Such was the success that the following year repeated the campaign and little by little the businesses were incorporating some elements at the moment like chocolates and roses. 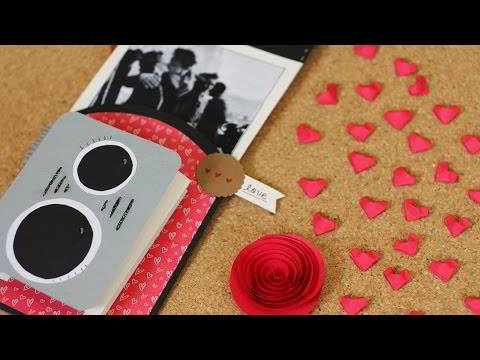 This custom was expanding to other countries with the name of Valentine’s Day and in South America it is also the day of friendship.

Curiosities of the celebration of Valentine in the world
If there is a city in Italy where to celebrate Valentines, that is Verona, the home of the famous lovers Romeo and Juliet.

The whole city is turning this day with the theme of love, with different activities along its streets, the famous Juliet Club that helps lovers to write love letters, their traditional dinners with candles and wine …

In Japan on Valentine’s Day, women give chocolate to men they love or like, and a month later, on March 14, the “answer day” they have to give chocolates to those women who they liked.

In Croatia it is customary to give a tender heart, a heart-shaped cake painted with very cheerful colors and with a mirror in the center so that who receives the gift sees his image inside the heart.

In Denmark men anonymously give away a “joke letter” with a funny poem or a rhyme. If the woman finds out who the sender is, an egg is won for the next Easter parties. In England the women place 5 laurel leaves under the pillow, two on each side and one in the center. It is said that those who practice this ritual dream that night with who will be their future husband.

In New York seven couples are chosen to marry that day, in the lookout of the eightieth floor of the Empire State Building, they become part of the Bridal Club of the famous building. From there, they have free admission on the day of their anniversary.

Valentine’s Gala Dinner
On the nights of February 11 and 14, a Gala Dinner is held at the hotel’s facilities in its new halls. A special Valentine’s menu, 1 table per couple, welcome cocktail, pleasant music during dinner …

It is the best option in Benidorm to surprise your partner.

Valentine’s Day Getaway
To close a perfect night, Hotel Don Pancho has a 50% discount on overnight accommodation for Valentine’s Day in all its room types. There is no excuse possible this year.

Love Short Break
On the weekend before Valentine’s Day the Hotel Don Pancho offers its guests a complete getaway that will delight many couples. In this getaway you can enjoy, besides the Gala Dinner on Saturday 11, cava and chocolates in the room, late checkout until 14h, free parking and a varied Brunch on Sunday morning to recover forces. A perfect plan for any couple.

And you? What is the plan you have to surprise your partner this Valentine’s?

Get your guide of activities in Benidorm!

Subscribe to our newsletter to stay up to date with new offers, content and much more. And also, get your guide of activities in Benidorm now!